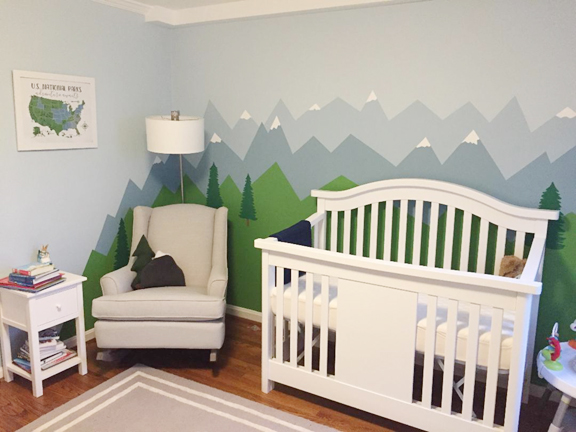 Just wanted to share with you a couple fun nurseries I completed this fall. This first one- an adorable outdoor nature-inspired nursery looks amazing all decked out with the final touches. I don’t have too many photos of the process, however, but I’ll share what I have. 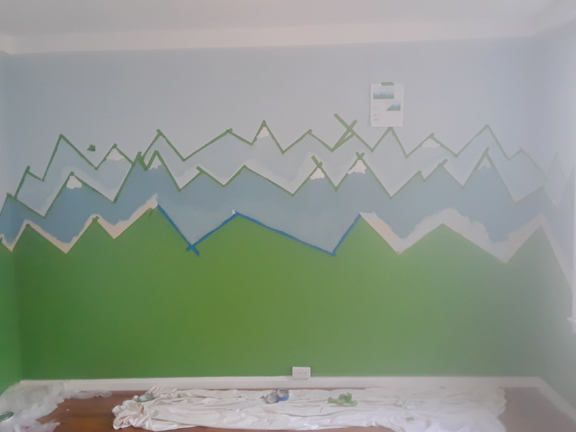 The mural painting began with a series of ragged taped lines. I’ve become a huge fan of Frog Tape for creating clean lines. One of the hardest parts of this mural was finding colors that looked good together, while blending into the light blue-gray background. 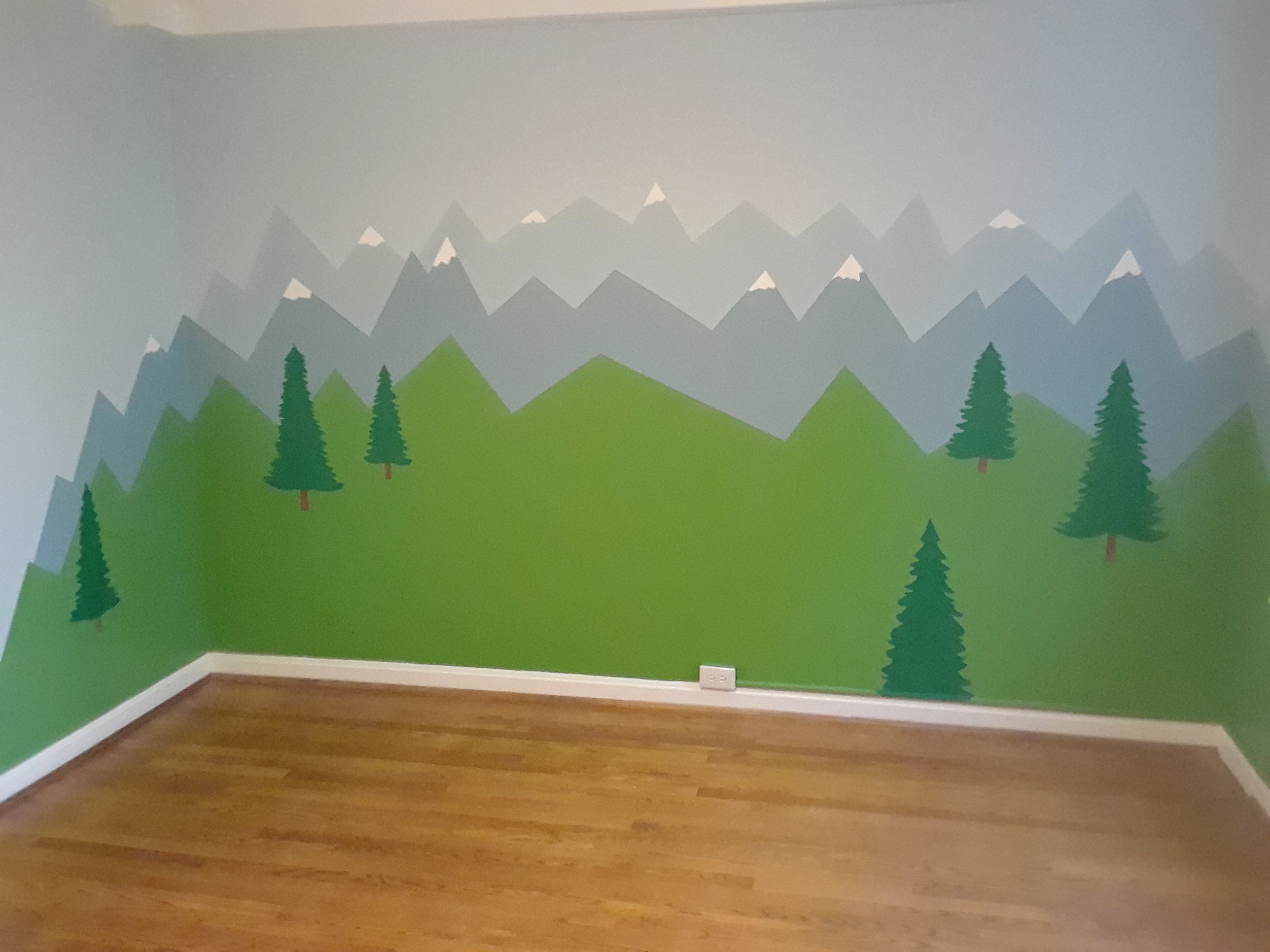 Inserting the trees was the final touch that gave the wall a fun, whimsical feel. But of course, adding the furniture gives it the real WOW effect!!…

Next nursery- started with a beige wall. The client and I really liked the white trim and navy blue, so we decided to keep that aspect of the room, and created the mural on the bottom 6 feet. 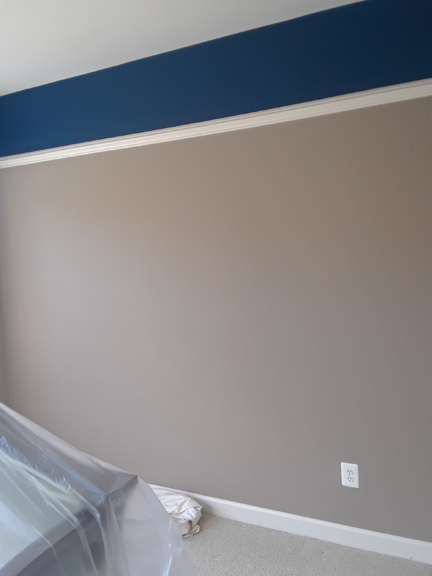 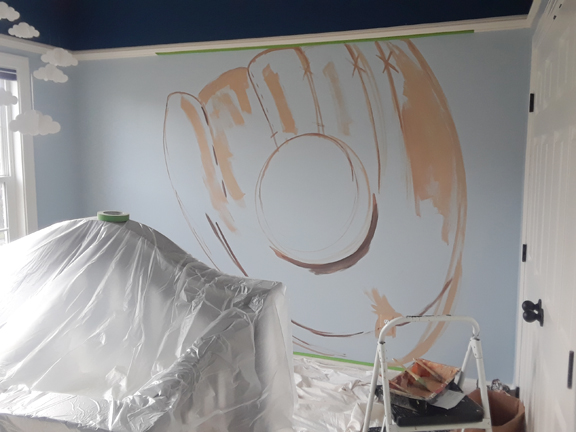 If you pop in on me working during the early stages, you might lose total confidence in me- ha ha ha!… that’s why I think it’s fun to show the progress in these blogs. You get instant before, during and after photos with none of the panic in between! 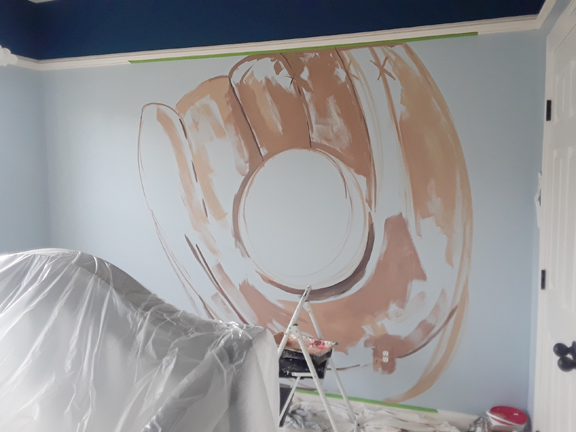 In the ‘7th inning,’ so to speak- dad decided he wanted to add a Louisville Slugger bat since he had one as a kid. So I begin re-creating the wood grain look on the bat while adding texture to the old leather glove. Notice too, I painted the electrical outlet face plate so there wasn’t a distracting white square in the mural. In the end, you barely noticed it. 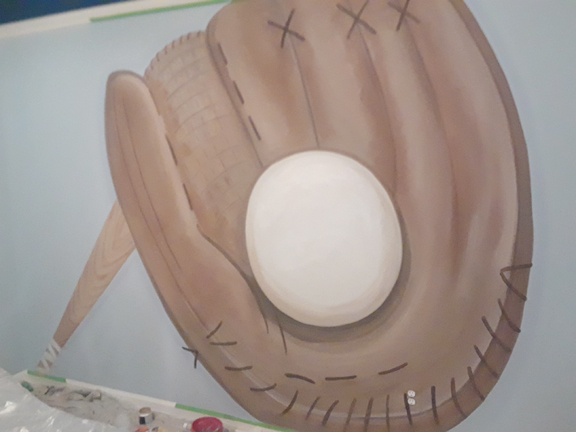 The end result was bold- yet beautiful and soft at the same time. I really love how this turned out. 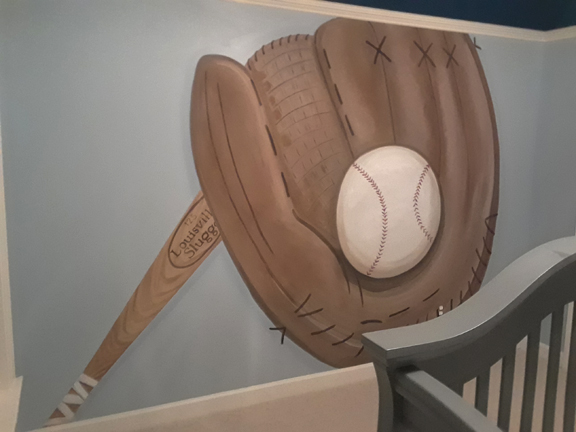